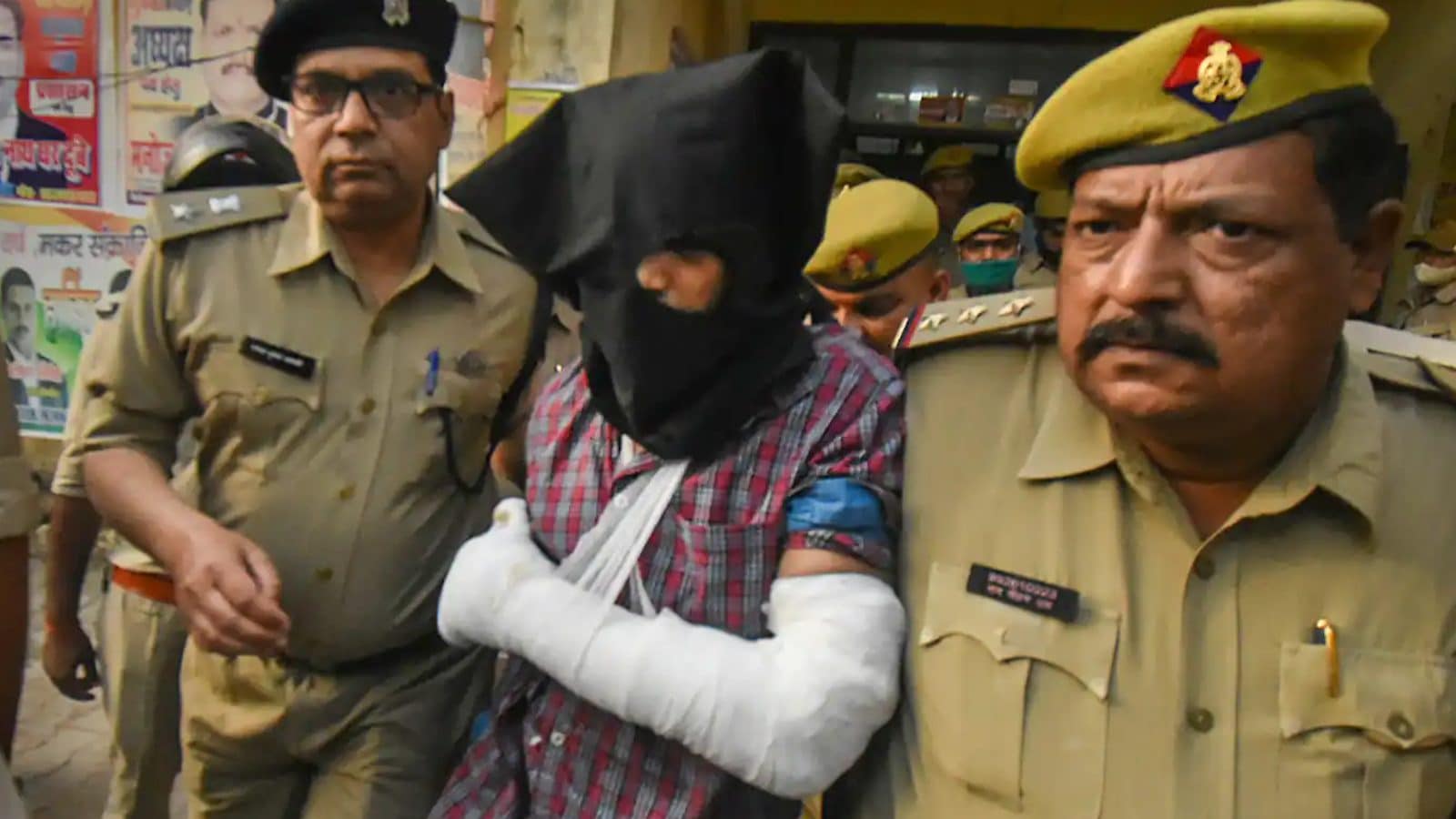 Murtaza Abbasi, the accused in the Gorakhnath attack, has made sensational revelations during his interrogation and also allegedly attacked policemen, police officials said. The accused has reportedly hit a policeman with his plastered elbow, while he attacked another inspector-rank official using his nails.

After the incident, the ATS has taken strict measures during his investigation in view of his aggressive behaviour. Murtaza has reportedly misbehaved with health officials too, a report in ABP News said.

Murtaza is still under the custody of ATS and the sleuths are interrogating him for the attack in front of Gorakhnath temple. Police have also detained five others from Gorakhpur, who are said to be radicalised and were aware of Murtaza’s activities.

He has revealed during the investigation that he wanted sharia law to be imposed in the country and added that the motive behind the attack was to terrorize the people.

Earlier on Monday, a local court extended the police remand of accused Murtaza Abbasi till April 16. Abbasi was presented before the Additional Chief Judicial Magistrate and the UP Anti-Terrorist Squad along with Shahpur police urged the court to extend his police remand.

His week-long remand had ended on Monday. “ATS and Shahpur police jointly appealed to the court for the extension of police remand of Murtaza Abbasi. The ACJM court extended the remand for five more days, stating that it is necessary for investigation. “The magistrate has extended the remand till April 16,” senior lawyer PK Dubey told reporters here.

On April 3 evening, Abbasi, an IIT graduate, attacked two policemen with a sharp-edged weapon at a gate of the famed Gorakhnath temple here and tried to barge into the premises before being overpowered. The attack occurred at the temple which is under high security as it is frequently visited by Chief Minister Yogi Adityanath, who is the head seer.

Abbasi was arrested and remanded in police custody for two weeks, police had said and alleged that he tried to forcibly enter the temple while raising a religious slogan. His father Munir Abbasi said Murtaza belonged to the 2015 batch of IIT-Mumbai and was a chemical engineer.

Amazon Sale: Buy electronics and accessories with up to 70% off,...

Is the situation of lockdown again being created in the country?...

Bombay High Court order on ‘skin to skin touch’ will be...

The age of marriage of daughters will also be 21 years,...