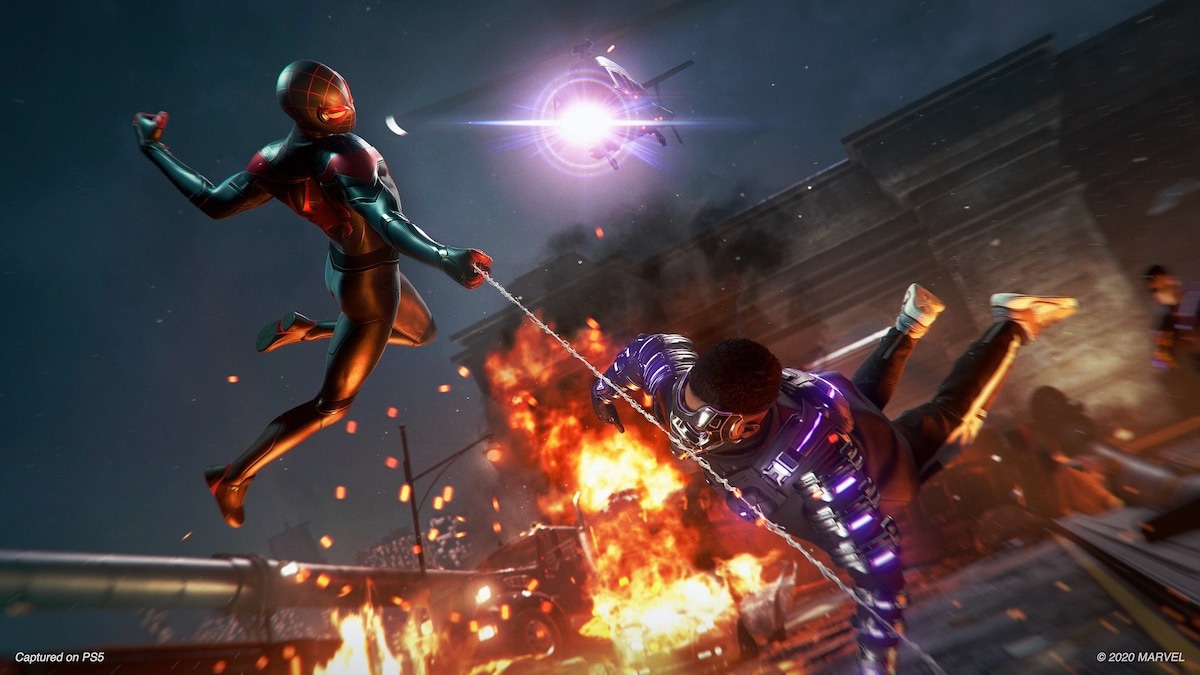 Spider-Man: Miles Morales gameplay trailer has swung in. At the PlayStation 5 Showcase occasion, Sony Interactive Entertainment unveiled seven minutes of first look gameplay from the primary Spider-Man PS5 game centred on the Harlem hero. It begins off with Miles attending a political rally organised by his mom, which works sideways after some criminals barge in, forcing Miles’ alter ego to step in. The combat takes him to a close-by bridge, where he squares up with some neon-sporting villains rocking some strong gear of their very own. Miles replies with the usage of his invisibility powers and his personal arsenal of assaults.

But issues do not go properly, as you’ll be able to see within the Spider-Man: Miles Morales gameplay trailer above. The bridge begins to break down, forcing Miles to save lots of everybody on the bridge. The scene is a bit paying homage to the splitting ferry from the Marvel Cinematic Universe movie Spider-Man: Homecoming, besides that Miles has to save lots of the day himself. There’s no Iron Man right here. The gameplay trailer leaves us hanging on how Miles will accomplish that although, however it offers us a correct thrilling glimpse at what appears to be one of many greatest set-pieces from Spider-Man: Miles Morales.

Set one yr after the occasions of the Spider-Man PS4 game, Spider-Man: Miles Morales is a standalone sequel spin-off that can be round half so long as the primary game, during which the principle story took rather less than 20 hours to finish. It’s set simply previous to the Christmas holidays — in keeping with its launch interval — as Miles is pulled into “a war between an energy corporation and a high-tech criminal army” going down in and round New York City’s Harlem neighbourhood, Miles’ new residence.

Spider-Man: Miles Morales can be a launch title on the PS5, and also will be accessible on the PS4.

16 killed in bus in northern Pakistan resulting from landslide

Seeing the new rates of Amazon Prime, there will be fire...

If you are unaware of these 9 safety tools of Instagram,...